During the renovation of the Artemis hotel, a large part of the Necropolis of the ancient Kephaloidion, today’s Cefalù, came to light. A real Archaeological Site has been recreated within the Hotel Artemis itself. What look like two small pyramids are actually monumental signs that surmounted the burials. The epitymbia found in Cefalù, dating back to the end of the fourth century BC, were dismantled piece by piece and assembled where they are now, in the same relative position and with the same orientation a few meters away. The whole area, under the guidance of the Superintendency for Cultural Heritage of Palermo and of Prof. Amedeo Tullio, was thus arranged and made accessible to visitors: with the presence also of explanatory panels to enhance the area. The Artemis Hotel in Cefalù therefore opens its doors to the public, offering the opportunity to view the archaeological site within our structure twenty-four hours a day. Artemis Hotel is proud to show visitors important testimonies of the Hellenistic Necropolis of ancient Kephaloidion, carefully preserved within our walls. 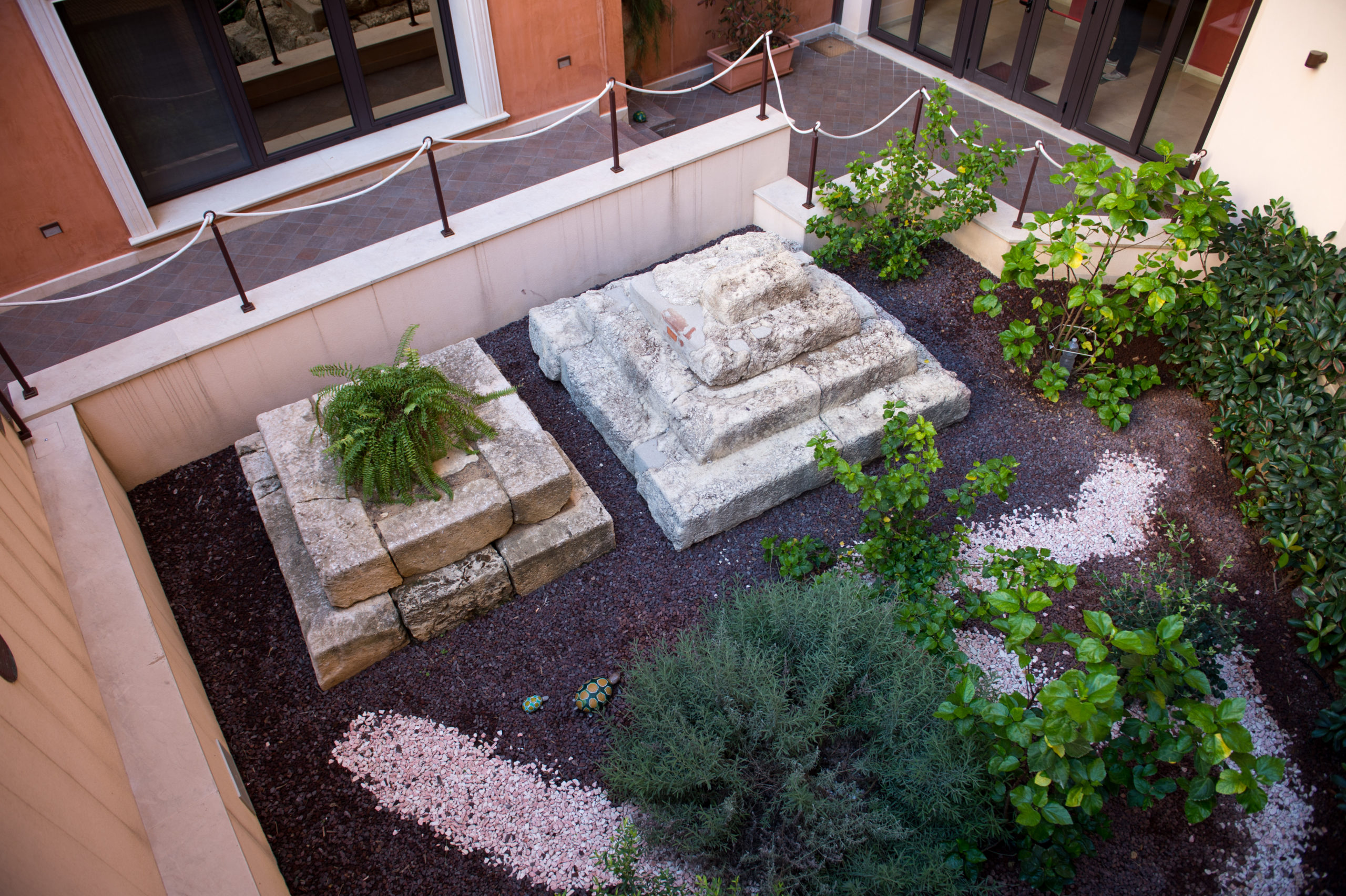 “Fortunately, we were able to save these finds that were located under the elevator shaft, where the excavation was planned more in depth” says Giuseppe Calabrese, owner of the hotel.

Some of the recovered finds are now kept in the Mandralisca Museum, at the Himera antiquarium and in the Marchiafava Bastione, waiting to be exposed to the public.

Route it’s totally free and open to anyone.

There are panels that help you to know better this special area during the tour.